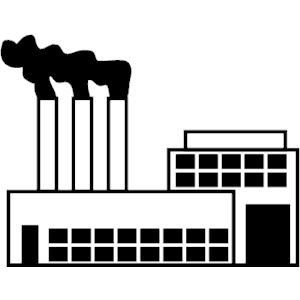 The report acknowledges that such innovative services can be helpful, but warns they are ‘not without risk’. It voices concern that by focusing exclusively on volume, some firms risk failing to provide a reasonable service.
A very general ( and perhaps unfair and misleading) finding, and one which it would be unreasonable for a consumer to rely on without further investigation.
To begin with there is an issue of definition. What constitutes a 'volume conveyancer'? Presumably, by definition, it is a conveyancer that conducts over a certain number of transactions each year?  If this correct what is the number of transactions an organisation should be handling before it falls into this category and becomes condemned without sentencing?
The biggest mistake critics make when judging a ‘volume conveyancer’ is to jump to the conclusion that due to the size of the organisation it is inevitable that client service will be poor and or that the quality of work produced will be inferior.
In life and in so many different areas of the service industry there are small and large organisations and with both there are good and bad businesses. It is disingenuous and slightly condescending for some professionals to view all large conveyancing providers with the same label.
I accept there are some poor examples of how conveyancing services should be delivered but it is clearly not the case that these are in the main tied solely to the larger organisations.  The fact is that there are a large number of the smaller providers who quite simply should not be allowed anywhere near a contract for sale.
Equally just because a larger conveyancer is able due to efficiencies of scale and the use of technology  charge the consumer less for the service, it does not follow that the service delivered will be any less inferior than the service provided by a smaller and more traditional organisation.
Many larger providers have both the resources and expertise to invest in staff training and the establishment of technology to make sure that the consumer experience is enhanced.  These are organisations that depend on consistent and positive consumer feedback to survive and grow.
They also specialise in conveyancing and are probably a far better and indeed safer choice for the consumer than the small firm who might only do the occasional conveyance.
It is wrong and perhaps small minded to criticise these businesses ( many of which receive awards for outstanding client services ) solely on the basis of size and the drive many possess to use technology to deliver a cost effective and highly satisfactory service to the end user.
My message to the consumer is not to attach too much weight to this report.  Instead consumers should undertake research.  Look for reviews and testimonials and remember do not be suspicious per se about an organisation that offers a competitive price and the facility to interact and experience an enhanced level of communication through the use of cutting edge technology.  Just because a business has a non-traditional approach to conveyancing does not mean that it should be viewed differently or less favourably.
Remember also that the scare mongers out there would like consumers to believe that all large conveyance providers  are bad because it suits their interests.  They are worried about the forward looking businesses and how they are using technology and processes to introduce efficiencies to reduce fees for the consumer but to still operate with a healthy profit. It is the large providers out there who are leading the way to improve what is a very archaic system for the purchase and sale of property.


Finally it is worth keeping in mind the words of Law Society chief executive Desmond Hudson when he says the volume of complaints should be put in perspective. 'There are, on average, more than 675,000 property transactions a year. We are talking about 1,300 complaints on conveyancing to the LeO in a year. My point is that the vast majority of solicitors do a good job when it comes to conveyancing'.

MJP Conveyancing are solicitors who provide legal advice and services to clients based in England and Wales and who can be contacted on 01603877067 or via email at davidp@mjpconveyancing.com
at May 20, 2016 No comments:

Conflict - Do I need to report to my lender client or not? 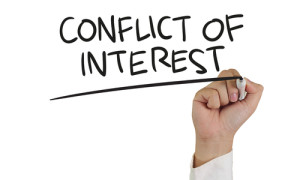 The scope for conflict in a conveyancing transaction when acting for a buyer and the buyer’s lender is extensive and is often overlooked by busy practitioners.

It is clear from the Court of Appeal decision in Mortgage Express Limited v Bowerman & Partners [1995] The Times, 1 August that in circumstances where a conveyancer acts for both the borrower and lender in the course of a residential conveyancing transaction, although the conveyancer’s implied duty extends beyond referring matters of title to the lender, the duty only extends to disclosing information that might have a material bearing on the lender's potential security or its decision to lend

In other words, matters which could lead to the lender’s surveyor/valuer reconsidering the adequacy or otherwise of the value of the security to be taken from the client to secure the mortgage, or the ability of the lender to sell the property quickly should the mortgage be foreclosed, or the clients affordability to repay the loan.

The potential contamination of the land
Serious flood risk
Boundary issues
Client’s disclosure of redundancy or dismissal
Close proximity to HS2 route
Sub-sales or where the current owner has owned the property for less than 6 months.

So what happens should information come to a conveyancer’s knowledge which gives rise to a conflict of the interests between those of the client and those of the lender?

In these circumstances where the information is of a confidential nature, the conveyancer must either obtain the client’s consent to disclose the information, or decline to act for both parties.

The conveyancers ( defendant ) in  Mortgage Express Limited v Bowerman & Partners [1995] The Times, 1 August, were instructed to act for Mortgage Express Ltd and the prospective purchaser of a flat at Queensway, London, for the sum of £220,000.  Prior to exchange of contracts, the conveyancers discovered that the property was the subject of a sub-sale to the vendor which was to be completed contemporaneously with the purchase for £150,000. The lender had agreed to make a loan of £180,150 based on a valuation of £199,000.The conveyancers reported the sub-sale to the client who confirmed that he was prepared to accept the price as he wished to purchase this particular property.

The Conveyancers were satisfied with this response but did not inform the lender of the existence of the sub-sale. The lender satisfied the court that if it had been informed of the sub-sale, it would not have lent the purchase money to the purchaser, and alleged breach of duty and/or negligence on the part of the conveyancers.

At first instance, Mrs Justice Arden held that a conveyancer’s duty to his respective clients is to protect their respective interests when carrying out their instructions, and found that the conveyancer owed a duty of care to report to the lender the information he had about the sale price.

The Court went so far as to find that the solicitor is bound to take some action in relation to 'any information which puts him on enquiry as to the accuracy of the valuation' and that the failure to disclose any such information amounted to negligence.

On appeal, he Court of Appeal held that the information concerning the price and the existence of the sub-sale was not confidential to the client and was of equal importance to both clients, albeit for different reasons.

The Court of Appeal added that it was not the solicitor's duty to comment on value, but to disclose information which might cause the lender to doubt the accuracy of the valuation.

Interestingly the suggestion was that if the difference between the sub sale price and valuation was not significant then there would not have been a duty on the conveyancer to report.  In my view and with reference to the requirements of the CML Handbook I consider it would be dangerous not to report even if there difference was only small.

It is clear that a practitioner will need to make a judgment call to determine what information it receives could be regarded as confidential to the client and which is not.  If it is confidential ( e.g. loss of job) then the client’s consent will be required before reporting the information to the lender. If as in the above case it is not then there is no need to seek consent, though in practice the client should be alerted and warned that the reporting could lead to the withdrawal of the mortgage offer.

The situation can be helped through the inclusion of a provision in the conveyancer’s terms and conditions which gives the conveyancer express authority ( without further recourse to the client ) to disclose matters to a lender when a possible conflict arises. Even with the existence of such a clause it would still be advisable to make the client aware.

If in a conflict situation there is a clear instruction by the client not to disclose then the practitioner should decline to act for both clients straight away.

MJP Conveyancing are solicitors who provide legal advice and services to clients based in England and Wales and who can be contacted on 01603877067 or via email at davidp@mjpconveyancing.com