Recruitment - The ‘I Generation’ ticking bomb 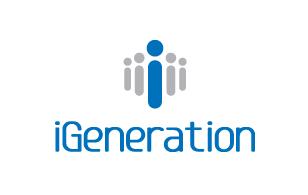 Much is made of the ‘I generation’ and of how the future of recruitment and career progression is set for a major change.

I am not convinced that this general concern is any different from the observations made by my parents when I first entered the job market, though in recent years I have started to form the view that this evolutionary juncture may prove to be more defining than those previously witnessed.

So where do I start in the evaluation? And how do I express myself in a way which does not make me sound like my father.   A difficult one, and probably in truth it may be best to reflect on the landscape which existed when I took my first steps towards qualifying as a solicitor.

Life back then (yes that well used cliché) was, it is fair to say, different.  There was less competition and more importantly less pressure on those looking to pursue a career in the law to leave school and immediately head off to university.   Unlike today, there was no set route mapped out with an inbuilt expectation to pursue it.  Instead, taking a lead from my father who had to take on three jobs to make ends meet and to provide for his family, I was left with no illusion that to succeed in life there was only one option - the need to work and to work hard.

My performance at school was not spectacular, although I did attend a further education establishment and attained a diploma in business studies.   Finding a job was not easy and I attended endless interviews.  I was eventually offered a job as a clerk in a firm of solicitors on a salary which compared to salary structures these days would have clearly fell well below the minimum wage.

Money was not however important – it was a job and one which I hoped would provide me with an opportunity to gain experience.  I knew that to do well I needed to prove that I was worth investing in and I can recall getting in early, staying late and also working at the weekends. This was not by any means unusual.

It wasn’t the most glamorous of jobs.  It was however a job and I was grateful to my then employer for taking me on.   I knew then as I did when moving from that first employer to my next that I needed to work hard, I needed to impress and that nothing would come my way unless I put in the hours and showed an appetite to succeed.

It was evident that no one owed me anything and that to progress in life I needed to make my own way.

By going that extra mile it was evident that doors would eventually open and opportunities would arise.  It was all within my own control.  So what has changed?

Employing and working with young people and indeed having children of my own it is clear that there has been a major shift in attitude and expectation.  This I believe is fuelled by increased peer pressure which has become far more transparent due to social media as well as repeated failings of government with the formation of education policy.

In reporting on this I am generalising, as I know there still exist self-motivated individuals who exhibit that fast becoming rare attribute of a work ethic.   In the main however I am coming across more and more of the ‘I Generation’ who have become programmed to expect not only a right to a job but to be paid a totally unrealistic starting salary.

I say ‘programmed’ as I do believe that most young people have convinced themselves that to be able to achieve success there is a particular path to follow and once completed a job and a high salary will automatically follow.

The situation has not been helped by previous Governments creating more and more university places and reducing the past reliance on apprenticeships and other schemes which provide an alternative option to university.   I know this is changing but it has in my view come far too late in the day to have any positive impact in the current employment market.

A large number of those looking for work and those who have been lucky enough to secure their first job seem to have an unreasonable expectation, commonly centering on working hours and remuneration.  I remain amazed that having worked hard at school and university I still come across a complete lack of commitment and drive.  I tell all of my staff that I am not interested in a ‘9 to 5’ mentality and that I expect them all to put in the ‘extra effort’.  I say I need to be impressed and that the more effort and I see the more I will wish to reward accordingly.

It is not unusual to find within workplaces that some young people are only minded to do ‘extra’ hours if they get paid overtime.  Others claim that simply because they have a degree they should be paid more. Constant moaning about what they don’t have as opposed to what they do have is not an unusual feature of most work places.  The difficulty is that due to how they have been programmed and with the unrealistic expectation set by prolonged exposure to social media and the like, a vast number of the ‘first time’ employees do not see anything wrong with this approach.

Some may call this confidence, whilst others see it as arrogance and a misplaced perception of their value.  Interestingly my wife made an observation on this when we were recently watching an episode of the BBC’s Voice.  As part of the contest those chosen to go through to the ‘next round’ are asked to perform a song which is chosen by the coach.  It was noticeable that when the younger contestants were told of the coach’s song choice, rather than being guided by the professional and being grateful for the ‘break’ almost all of them pushed back and challenged the song choice.

The feedback I hear is some young people lack motivation because financial necessity is such many of them are taking on jobs which are outside their first career choice.  I do get this, but surely if you choose to take a job you should do all you can to make the most of the opportunity and to use it as a solid building block for future opportunities.

So where will all this lead?

The risk as I see it is that without an attachment and with unreasonable expectations employers will begin to see less productivity and a dwindling return in the investment made in training.  Indeed it is for this very reason I have recently changed my view on training contracts.  With a contracting employment market in conveyancing I took the view when establishing the business that I would look to ‘grow my own’ and to look for training contract candidates.  My experience has not however been good and despite my best efforts a number of those who I decided to invest in decided at the end of the contract to ‘move on’.   This has led me to look at other options (such as apprenticeships), which is a shame as I have always been keen to provide training opportunities for those looking to become a solicitor.

I do consider we are on a slippery slope and one which it will be very difficult to exit without a major shift of mind set on the part of new entrants to what has become a very interesting ( to say the least) employment market.

MJP Conveyancing are solicitors who provide legal advice and services to clients based in England and Wales and who can be contacted on 01603877067 or via email at davidp@mjpconveyancing.com
at March 15, 2017 No comments: